Jelly Fish Jaunt is a new multi-line slot game available from Microgaming software. It offers 5 reels and 25 pay lines and up to 20 coins can be bet per line. As the name suggests, the theme of this game is very aquatic and adventurous. Some of the graphics and symbols that go along with this theme are everything from submarines to jelly fish, and anything that belongs underwater.
The betting range for Jelly Fish Jaunt is good, ranging from one cent up to 25 cents. The overall maximum bet is 500 coins, or $125. As in all games, wins pay left to right, except for the scatter combinations, which pay in any direction on the reels. The maximum payout for normal play in Jelly Fish Jaunt is 180,000 coins. However, with the free spins round the maximum amount of coins that can be won goes up to 540,000 coins. Indeed, there are very high payouts in this game. Jelly Fish Jaunt also offers some good special features, although it doesn’t offer a bonus round. The first feature that is available is the Scatter symbol, which is the submarine. It gives players more of a win if it appears on the reels anywhere.

There is also a Wild symbol in the game – It is the Diver symbol, and as all wild symbols, it will replace or substitute for any other symbol except for the scatter symbol. When it shows up, it triples the overall win for that spin. As mentioned, Jelly Fish Jaunt also has a Free Spins feature, and is activated by having three, four or five scatter symbols (submarines) show up. There are 15 free spins given, and during this feature all of the winnings that are earned are tripled. All bets are set as they were when the original win was won so there are some pretty good payouts to be won in this round. The wins from the free spins round are automatically added to the pay line wins, and if the right combination of symbols come up again while in the free spins round, the free spin round can be retriggered. As you can see, there are 3 special features in this game and all of them have the possibility of ending up with some pretty huge wins.

The overall maximum was stated above in coins but to really understand what that means, it has to be written in actual dollars. For normal play at the maximum bet, the maximum overall payout would be $45,000 for a $125 bet. If in the free spins round, that amount jumps up to $135,000 again, for a $125 bet. The bets in this game aren’t too high and the potential winnings are higher than most, the game is suited to all kinds of players and can be learned as quickly as a classic slot game. 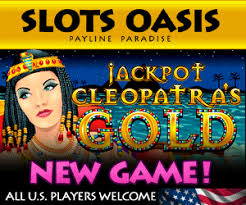